Apple announced their next generation iPad Air, the Apple iPad Air 2, during their October 16 keynote and made the official release date of the tablet October 22. Much was speculated about the next iPad Air and the rumors were pretty much on spot. The main rumor concerning the new Apple tablet was that it would have a finger print sensor, just like the iPhone 5s and newer iPhone 6 and iPhone 6 Plus. And the rumor was right, the new iPad Air 2 features a TouchID fingerprint sensor and much, much more.

We’ve waited so long to put out a review of the new iPad Air 2 because we wanted to test it for a while and give you our honest opinion, instead of just listing you the technical specifications and saying yay or nay. 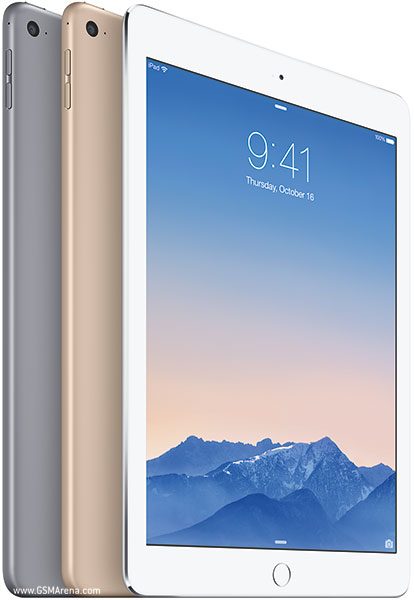 The Apple iPad Air 2 is just 6.1 mm thick and this really make the world of difference. You simply feel like you could hold it in your hands without tiring of it. The only thing Apple took out that we feel that they shouldn’t have is the silencing button, which had to go because of the iPad’s small size. We believe a silencing switch is very important on any smartphone/tablet.

As for the interface, iOS 8 had some major bumps that Apple managed to smooth over with the fast introduction of iOS 8.1. Overall, iOS 8.1 is a good operating system that works great with the Apple iPad Air 2.

The Apple iPad Air 2 performs splendidly because of its impressive tech specs! It runs smoothly and we felt absolutely no bumps in the month we have been using it. Did you know that this tablet is the first iOS device to have more than 1 GB of RAM? With 2 GB of RAM the iPad Air is quick and smart. The most important piece of technology that makes the Air 2 the gem that it is, is the processor, the new Apple A8X GPU, which allows you to run the newest games on the market, without a hitch. If the Apple iPad Air 2 only had that processor, things wouldn’t have been so amazing, but it also has an Apple M8 motion co-processor that deals with everything motion related, which means that the main processor has more space to do its job and not get distracted. There is absolutely no lag with the Air 2!

As mentioned earlier, the Apple iPad Air 2 is the first generation of Apple tablets to feature the TouchID fingerprint sensor. While we have tried Apple Pay with our iPhones and we’re deeply impressed, we haven’t tried it on the iPad Air 2 and to be honest we don’t think we’ll be trying it. It’s a bit weird to take out your tablet at the cash register, don’t you think?

Another very impressive new feature is the improved 8 MP camera wit 10 fps burst mode and slow motion video (120 fps). Although we continue to believe that taking photos with a tablet computer is strange looking, this camera is good enough to make us look past that.

Apple has also amped up the Gigs on this one and you’ve got an iPad Air 2 that gives you 128 GB of internal storage, which is utterly amazing.

The Apple iPad Air 2 is a magnificent device with a measurable price. We cannot recommend it enough and honestly believe that if you want a tablet, save up your money and get the Apple iPad Air 2, it’s worth it!

With the Holiday season in full speed, you’re bound to find some great prices on iPads, so hurry up!