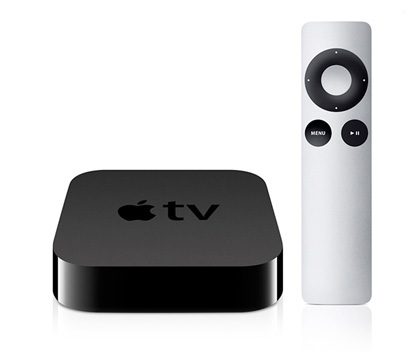 Apple TV first launched in 2007 and it’s been gaining momentum ever since. Apple didn’t have too many expectation from this project and it even called it its hobby, but Apple TV managed to evolve into a product with millions of fans and a product that is slowly changing the way we perceive television. Apple launched the latest Apple TV in January of 2013 and many believe that it is about to launch the latest version of Apple TV.

Today, we’ve got an Apple TV rumor roundup and a probable release date for you. We say probable, because with Apple’s secrecy, you can’t really be certain of a date until Apple confirms it, which commonly happens a few days before the unveiling.

Do you have an Apple TV? Are you planning to upgrade and don’t know if you should wait until the new ones is released? When is Apple TV getting updated is the question that is on everybody’s lips. In order to answer it as correctly as possible, we’ve read up on all the rumors and have come up with an answer: Apple TV is most likely going to get updated in the summer of 2015 or January of 2016.

In the summer of 2014, if you bought an Apple TV, Apple would give you a $25 iTunes voucher. Many have said that this type of encouragement was merely happening because Apple was planning to sell the last load of Apple TV before it would introduce a new and updated device. Time proved that this theory was false.

Another very important rumor about a possible Apple TV launch circulated last year. It said that Apple TV should have launched in 2014, but there were delays that prevented this to happen. The delays had something to do with issues regarding negotiation with cable companies in the US (including Comcast). The deal with Comcast is that at the time of the rumors, it was in the process of being acquired by Time Warner Cable. The merger approved in October 2014 and current rumors are saying that Apple is now negotiating with Time Warner Cable/ Comcast and once that is settled, it is going to be able to launch the product.

To be honest, nobody knows when the new generation of Apple TV will be unveiled, and by the looks of it, it’s going to be a while before we can lay our eyes on the new model. With optimism, we believe that Apple with either launch the new Apple TV in the summer, or offer us a more and detailed insight into when Apple TV will be launched on the market.

What’s Apple iTV? It’s something completely different from Apple TV! iTV is just a proposed name for a television that Apple is thought to be working on. Apple is believed to release a television that will blow the competition out of the water. Remember the 27-inch iMac with Retina 5K display? Imagine putting the same, or even more, pixels and amazing resolution on a television! Apple iTV is just a rumor and we will keep you updated if any information comes up.

Looking forward for the new generation of Apple TV?