Chromecast vs Apple TV – How to Get your Stream On

If you’re at that point when you have to decide between Chromecast vs Apple TV, there are a few things you should know about each. Don’t worry – we will list them all here just so you won’t have to dig through the whole internet just to figure which is best.

You’re not the only one questioning whether to give Apple TV a shot or go for Chromecast. The debate over Chromecast vs Apple TV has been going on for quite some time. They both fall in the same category- they’re cheap and available to just about anyone. And streaming video is becoming more and more popular, and with such a large selection of devices to stream your favorite TV shows and movies, one just doesn’t know what to pick anymore. 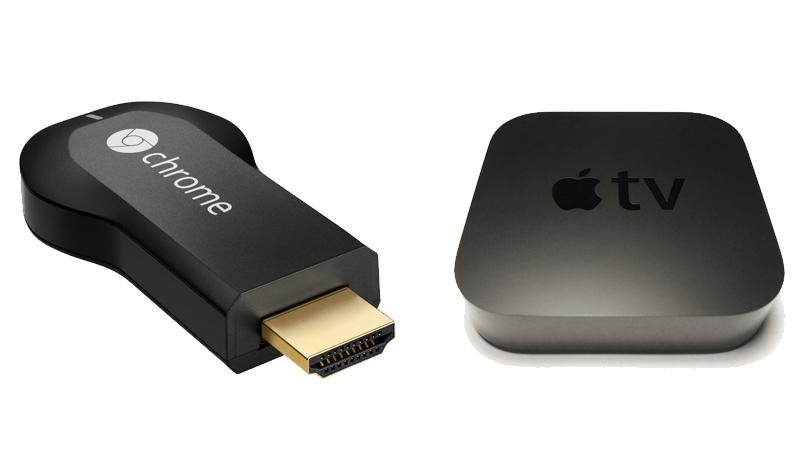 Chromecast vs Apple TV – What to Choose?

Google and Apple are the major players on the TV-based streaming market. While rolling out new gadgets, their old ones continue to sell just as much. The result is an overwhelming variety of choices. Let’s glimpse at some of the key factors you should look into when deciding which one works best for you.

Here are the specs for each streaming device. 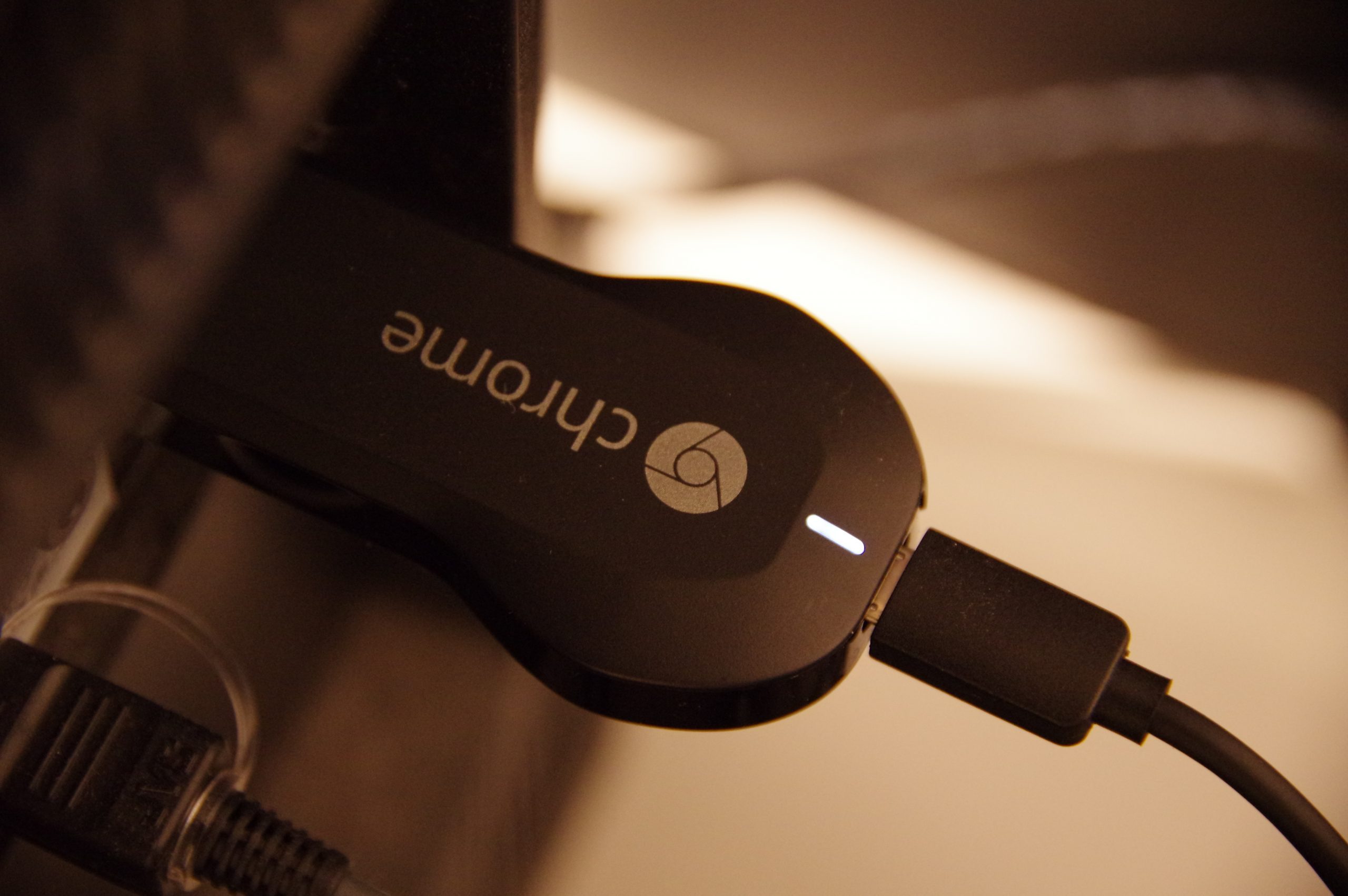 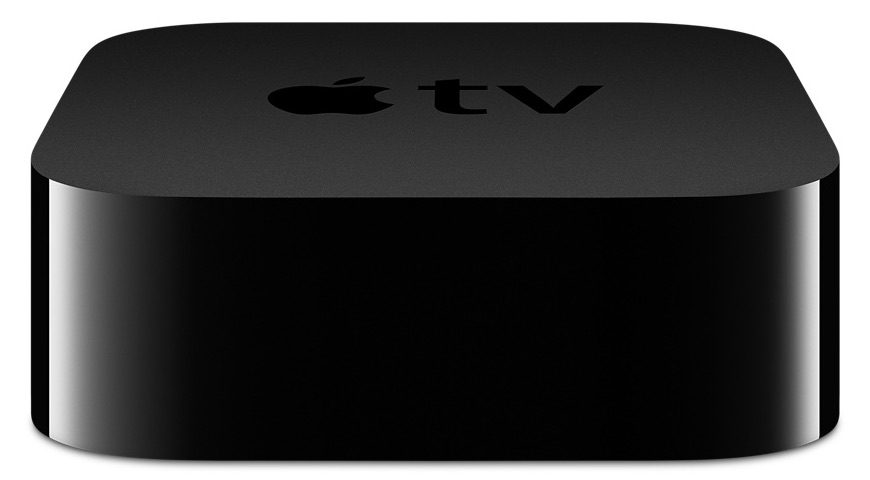 As you can see, there are some similarities but also some significant differences. Both Apple TV and Chromecast can stream at a 1080p resolution, and both offer the newest Wi-Fi connectivity, 802.11ac. Unlike other gadgets of this sort, neither offer 4K. So far, so good – you can go with either. But wait, how about those features that just don’t match?

The major issue we have with Chromecast is the RAM and storage drawbacks. How can you even compete with the 2Gb of RAM and 32 or 64Gb of storage that Apple TV offers when you can only deliver 512Mb of RAM? Well, there’s a catch, that’s why. Chromecast just gets the content out of your mobile device to your TV, while Apple TV acts as a central hub that also stores data. Here we are in a tie again.

Another difference that seems major, but it’s not, is the absence of a remote for Chromecast. Apple TV relies on a remote, whereas Chromecast uses your device as the remote. The lack of a remote is not a big issue as far as we are concerned because using your smartphone or your tablet to dictate what Chromecast should do next is not that tricky. However, it all depends on your personal preferences and how comfortable are you doing things a bit different.

How many Apple products do you own? No, we’re not curious about what you spend money on. It’s just that if you choose Apple TV as your next video streaming device, you should know that it can only be hooked to Apple computers, smartphones, and tablets.

Good guy Chromecast, however, can hook to any device as long as it allows for Wi-Fi connectivity. It also will not use the device’s power, so you won’t have to charge that battery too soon. 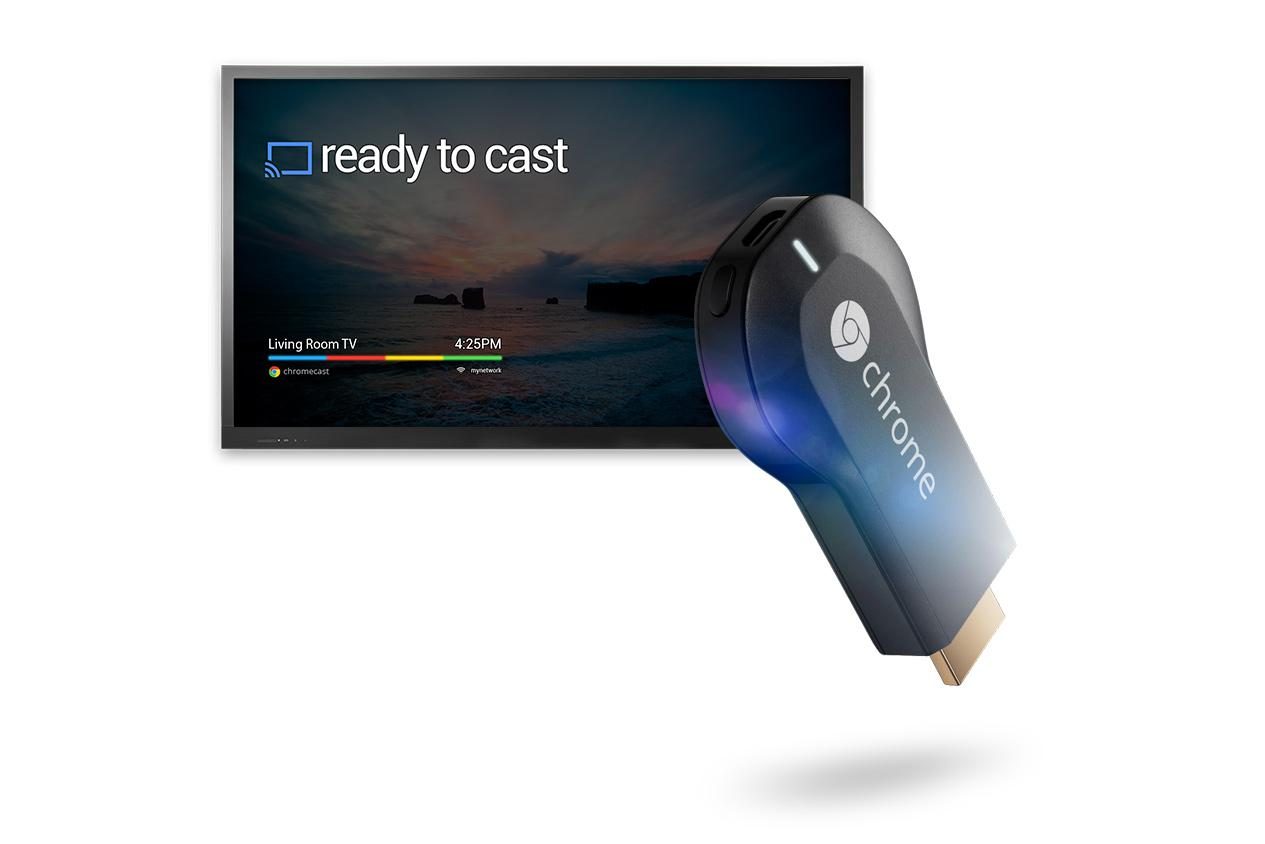 Apple TV starts at $149 for the 32Gb model and goes up to $199 for the 64Gb model. We already knew that Apple product were more on the expensive side, and Apple TV is no exception.

On the other hand, we have the affordable Google Chromecast that is priced at the small price of $35. It is one of the most inexpensive streaming gadgets you will find on the market. Pretty much anyone can afford to get their hands on Chromecast.

For basic use, Chromecast is cheap and sufficiently effective in streaming your favorite TV shows and movies.

Nonetheless, die-hard fans of Apple will most likely choose to stick with the manufacturer and pay big bucks to get top features.

We left the design for last because, when it comes to the technical stuff, beauty is on the inside. Leaving all cliché aside, let’s look at their construction. The two feature quite opposite designs.

Apple TV is on the square side, sitting below the TV set. It is also bigger.

Chromecast, however, takes the shape of a disk that gets plugged on the side or on the back of the TV.

Their similarities and their not-so-deal-breaking differences make it hard to point to a winner.

Google Chromecast is the more affordable option when you just want to stream your videos, and not ask for more than that. Apple TV is quite on the other end of the spectrum, sporting more advanced features and a dedicated remote control. But it does come at a bigger price.

To put an end to our Chromecast vs Apple TV battle, we recommend you start with Chromecast and work your way up to Apple TV if you outgrow Google’s device.