Will the iOS 7 Stop Jailbreaking? 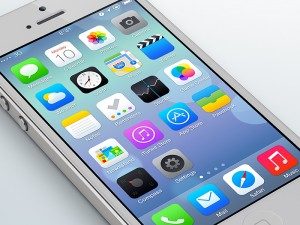 This article comes with the disclaimer that we are in no way, shape, or form condoning jailbreaking. However, as an online source on all things Mac and Apple, we can’t just ignore the fact that it does take place. That being said, today’s post starts off from the many raving reviews the latest iOS for the iPhone has garnered and the question this fact begs: can the iOS 7 stop jailbreaking? Here’s what some of the most popularly available online opinions on this topic are.

The most often cited argument in favor of jailbreaking addresses some of the limitations that Apple has historically imposed on its iPhones. Many users have argued that they resorted to jailbreaking their devices, simply because they wanted to have an experience as personalized as those of Android users. They did acknowledge that iPhones (and the iOS) were more polished, more stable and reliable, and offered an overall user-experience which they wouldn’t have traded in. Yet they did long for some fine tuning which, at the time, Apple didn’t seem too keen on offering its users. Has any of this changed with the advent of the iOS 7? Can the iOS 7 stop jailbreaking, by offering smartphone users all they could dream of from a mobile experience? Some say it can.

But let’s go back to the main reasons behind jailbreaking. Here are some of the things Apple users were only able to do via third-party, non-Apple approved apps, prior to the iOS 7:

–          Slight tweaks that make a huge difference to the end-user, such as adjusting the maximum number of apps they could put into a single folder, or the number of icons that could be docked at the same time.

–          Major changes like choosing the default apps that fired up with the iPhone, activating and deactivating the FaceTime option over 3G, turning Wi-Fi connections on and off with a single click, rather than several, and so on.

How does the iOS7 stop jailbreaking?

In a nutshell, the answer to the above question is “by granting the end-user more freedom in personalizing their experience”. Bear in mind that, at first, many hardcore and long term users of the iOS 7 were so disenchanted with the new OS for the iPhone that they even consider doing the unspeakable, i.e. switching (back, in some cases) to the Android. Most of their qualms had to do with the design of the iOS 7, which they perceived as flat, uninspired, and derivative. Yet when they moved past the surface, they understood that there’s a possibility for the iOS7 stop jailbreaking. Here are some of the welcome changes they discovered, in terms of OS functionality:

–          Hiding the Newsstand app, which most non-US iPhone users rarely ever use;

–          Being able to tell time by looking at the iPhone’s Clock icon, which, for the first time in the phone’s history, actually told the right time;

–          Accessing previews of the docked, currently open and recently used iPhone apps by a double tap of the Home button.

And, of course, no discussion of the iOS 7 would be complete without the introduction of the highly lauded Control Center. Finally, iPhone users no longer needed third-party apps to toggle Bluetooth or Wi-Fi on and off, adjust the brightness of their displays, activating the LED light, and reaching other useful iPhone apps. What’s more, the new OS allowed users to install unofficial, yet accepted emulators for various games, which simply made running an iPhone a friendlier, more efficient experience – much like speeding up the performance of your Mac.