Today we’re going to take a look at the massive success that the new iPhone 6 and iPhone 6 Plus have been having and also the not-so-minor bumps that Apple encountered soon after the first iPhones hit the market.

On Friday we shared with you some of the newest rumors concerning the new iPad Mini. We’ve seen how some sources are saying that the new iPad Mini won’t be launched at the expected October event and that Apple wants the new iPad Air 3 to be the star of the show. I guess we’ll find out the truth quite soon.

It’s official, the new iPhone 6 and iPhone 6 Plus are a massive hit! Apple released the official numbers on Monday evening and it appears that it sold over 10 million units on opening weekend. This is a new record for the California-based company. Up until now, its greatest sales were accomplished by iPhone 5 and iPhone 5C two years ago. Over 10 million people grabbed Apple’s new smartphones, making it new iPhone 6 and iPhone 6 Plus one of the most popular smartphone in history.

Tim Cook, Apple CEO, revealed that he couldn’t be happier and that the sales for iPhone 6 and iPhone 6 Plus exceeded our expectations. The really amazing thing about this record is that China had nothing to do with the numbers. Apple was forced to delay the iPhone sales in China, until some regulations are straightened out. This means that the sales could have been even more impressive, had China been a market on opening weekend.

Could BendGate Stop the new iPhone 6 from Reaching Fame?

Now that we’ve already established that the new iPhone is a massive hit, we took a look at what some people are saying about it and some of it is not that good. This week we’ve seen many iPhone 6 and iPhone 6 Plus customers take to the internet to vent their frustration that their new smartphones are bending in their pockets. Just look at the picture below! 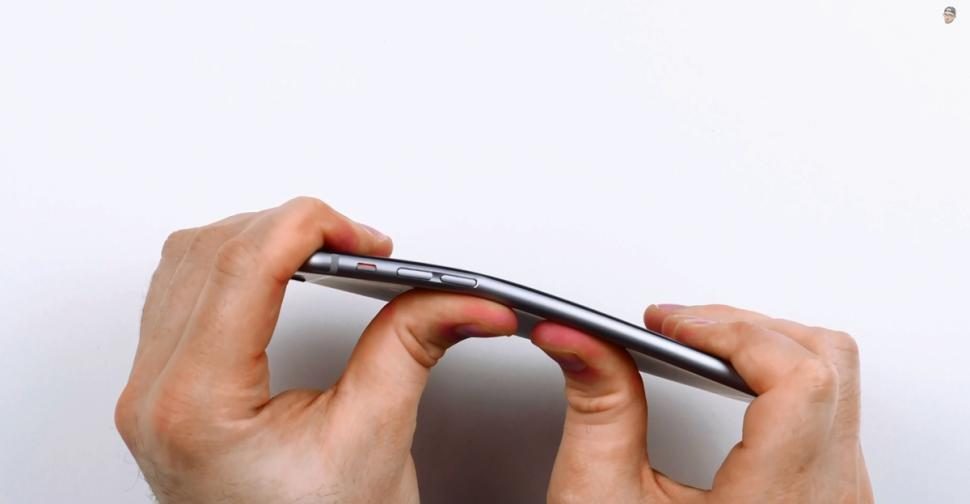 Those customers claim that their iPhone got bent while being carried in the pocket of jeans and other tight pants. Some are saying that people should just not put their phones in pockets and that would fix the problem, while others believe that the phone should simply not bend.

Apple is staying mum on this little scandal the world is calling BendGate. It’s not certain just yet if the tech giant is going to replace the bent phones. The warranty stipulates that the phone can be replaced if there is damage to it caused by inherent mistakes in its construction, not accidents or trauma. We’re waiting for Apple to release a statement about BendGate and we will keep you posted.

After BendGate, there was another bump in the road for Apple this week. In an unprecedented move, Apple pulled its iOS update a few hours after they released it. They also advised people not to update and stated that they would fix the bug as soon as possible.

Some customers who updated to iOS 8.0.1 found that their iPhones could no longer make or receive calls. The TouchID fingerprint sensor also stopped working following the operating system update, which kept people out of their phones.

Apple said in the statement:

Do you think that Apple will suffer any damage from BendGate and the operating system mishap? Share your thoughts on this matter in the comment section below, we love hearing from our readers.