The Unbiased Truth: Is MacKeeper Worth the Money?

You’ve seen the online forum threads, the official opinions from Apple, and everything in between, yet you still don’t know what to do when it comes to MacKeeper. Should you download and install it? is it safe? Is it malware? Is it best off avoided? We’ve tested the software and target=”_blank”discussed the MacKeeper safety issue before, here at Lure of Mac. Today’s post moves past that point and addresses a related, albeit different issue: is MacKeeper worth the money? Bear in mind that the software has been fully tried on for size by our team, so our article is informed.

In a nutshell, MacKeeper helps keep your Mac safe from the harm and threats of Trojans, viruses, and other forms of damaging software that can pose a risk to the integrity of your machine. Aside from this, it’s also a bespoke solution for recovering files which you’ve accidentally deleted. Now, this may all sound well and good, some detractors of the program will say. But the truth is that there’ve been plenty of reports claiming that the software isn’t safe and that it is a form of malware.

So, how can a program that promises safety and protection actually be a threat against said protection? Users are trying to purchase peace of mind and, instead, they receive the complete opposite. In our view, MacKeeper is completely safe and, hence, worth the purchase. Yes, programs that can affect the integrity and performance of a Mac computer do exist; MacKeeper, however, isn’t one of them, in our experience. What’s more, it actually doesn’t even slow down the machine or cause a processor lag. As such, in this respect, yes, MacKeeper is a purchase worth making.

How Efficient Is MacKeeper?

In terms of efficiency in use and cost efficiency, we’re happy to report that the verdict is also positive. Yes, MacKeeper does have a few snags here and there, but we’re hoping the program will be improved in time, thus getting rid of those small (yet pesky issues). Here’s our complete report in terms of MacKeeper’s efficiency: 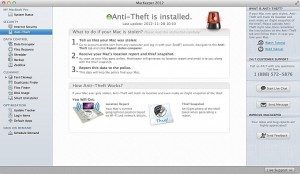 The theft protection feature on MacKeeper is somewhat complex to use, as it involves installing and activating Anti-Theft, as well as logging into Zeobit, in order to report the theft. However, this feature is probably priceless, given the rising incidence of Mac computer thefts. If you’re buying MacKeeper in order to make sure your Mac computer stays with you, then you’re in it to get your money’s worth. Not only will the module alert you of the thief using your computer, but it can also reveal the thief’s whereabouts for you.

Is this function actually useful, some may ask themselves? If you’ve ever considered selling your Mac, it most definitely is. It will delete files beyond the point of recovery via file recovery software. In other words, you can be sure that no one will ever get access to your personal information. Of course, there is some risk in using this feature, in the sense that you want to make absolutely sure you are not deleting files you may later need. However, when used with precaution, this feature is absolutely amazing and definitely worth the money.

MacKeeper will alert you when you are about to access an Internet address which other users have reported as damaging for their computers. In doing so, it pools data from several databases and gradually removes websites that have been labeled as questionable. MacKeeper usually does a good job at correctly identifying malicious websites, but it has also been known to block the occasional safe website.

Our Verdict on MacKeeper

MacKeeper has got a ton of other great features, such as a file finder, a backup feature, and an update tracker. Though the price of the MacKeeper is steeper than that of CleanMyMac 2, our verdict is that the program is worth the money. Of course, it all depends on your specific needs, in terms of Mac upkeep and functions – but anyone who wants a feature-packed program should definitely check this one out.