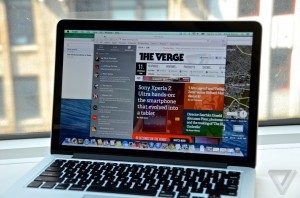 It really doesn’t matter if you’ve just made the big switch to a Mac or have been using Apple’s computers for generations. Many users make certain Mac computer performance mistakes, simply because they are too set in their ways to address and amend those errors. In order to educate you on them and offer you the option of doing things the right way, we bring you the most common four such mistakes. Correcting them will place a speedier, smoother running computer at your disposal. So read on to find out if you’ve been slowing down your Mac without even realizing it.

It’s been touted time and again: we are living in the era of cloud-based storage and even cloud-based software and SaaS (software as a service). What, then, is the point of storing impressive, albeit pointless amounts of music, app files, and movies on Macs? This is one of the most banal Mac computer performance mistakes out there. Instead of amassing GBs upon GBs of information you are unlikely to ever use again, why not invest in an external hard drive or opt for cloud storage? From Google Drive to Dropbox, there are plenty of great free solutions out there. And remember: it’s a good idea to always have at least 40% of disk space available on your Mac, if you want your computer to work at optimal levels.

#2 Holding on to language files

Depending on where you live and what languages you speak, you might not even be aware of the fact that your Mac comes with numerous pre-installed language files for the OS X. These files can take up several dozens of GB of otherwise useful space, so if you only plan on using the device in one language, why not avoid one of the most common Mac computer performance mistakes out there? Delete the files you know you’re not going to use by simply downloading and installing free software, available under the name of Monolingual. Not only does the program uninstall the languages you are not going to use, but it also automatically changes your settings to your language of choice.

Widgets are fun, they look cool, and some of them are even highly useful. The problem with widgets, however, is that when used in excess, they can seriously bog down the performance that your Mac is capable of. Besides, with too many widgets on one’s dashboard, no one can be reasonably expected to keep up with all that information; instead, since there’s too much of it, it will only turn into noise. Your aim, as a Mac user, is to operate a clean, smooth running device, not something that looks like a cheap television channel. In order to remove the widgets you don’t really need or use, go to the dashboard of your Mac, click the + sign > Manage Widgets and then click to deselect said software.

#4 Postponing to upgrade to the new OS X

It’s true that Apple’s relationship with OS X updates has been historically fraught; however, there is little to reproach them about the OS X Mavericks, the company’s latest operating system release. The OS X in question comes for free. The transition from one version to the next is flawless, takes place in a matter of minutes, and is entirely simple for the user to perform. What’s more, the upgrade also stands to free up disk space and speed up the computer’s entire performance, from RAM to hardware. It’s clearly the best decision for everyone who wants a smoother running machine.