Updating your Macbook’s old hard drive to a newer SSD drive is a great way of prolonging your computer’s life. It also means that your Mac will perform a lot faster and a lot quieter as SSDs do not have any moving parts in them. This post will teach you the in’s and outs of a Macbook Pro hard drive replacement. Read on to find out more.

Even though in the past SSD prices were very expensive, nowadays a spacious SSD starts from $60 for a 120GB drive, $120 for 250GB, $230 for 500GB and $420 for a 1TB storage capacity. Though they still aren’t as cheap as traditional drives, the prices are more affordable than past prices.

The Macbook Pro hard drive replacement in an older MacBook, Mac Pro or Mac mini with a SSD one will make it perform a lot faster in OS X. If you’re not entirely sure what you’re doing, however, we recommend that you ask a more tech-savvy friend to help you with the replacement as there is a possibility that you could damage your Mac. Also, you can use a SSD externally, as long as you connect it to a faster port than USB 2.0 or FireWire 800, like USB 3.0 or Thunderbolt. 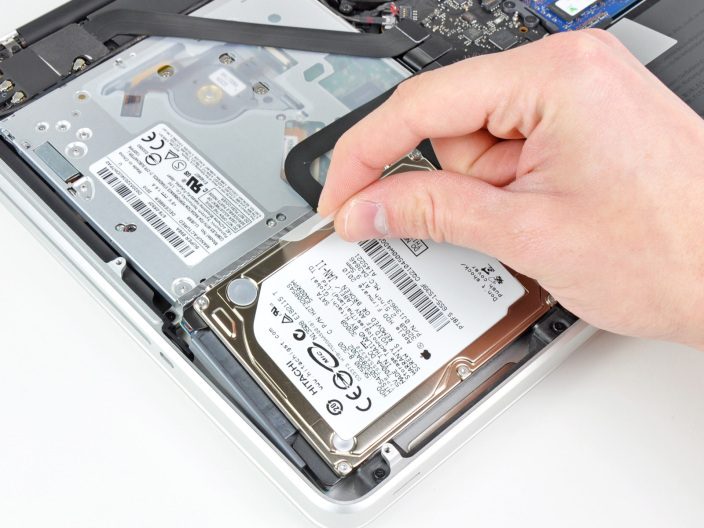 MacBooks and MacBook Pros with aluminum bodies made in 2012 or prior can be upgraded with internal SSDs. To complete this macbook pro ssd upgrade, you will need a Philips #00 screwdriver, a Torx T6 screwdriver and a flat head screwdriver to update your hard drive to a SSD on a MacBook or MacBook Pro. Follow these easy steps in order to update the drive on your computer:

First, you need to back up your old hard drive using Time Machine. Turn off your computer and remove your MacBook’s bottom cover. After that, remove the traditional hard drive from your laptop and replace it with the SSD. After you’ve replaced your old drive with the SSD one, reattach the bottom cover and that’s it. You are good to go.

The current generation of Mac Pros ship with very fast and large SSDs, but the first generation came with traditional hard drives. If you have a first generation Mac Pro you will be happy to know that it’s very easy to replace the hard drive and your computer will definitely benefit from the increase in transfer speeds. You will, however, have to purchase a 2.5” to 3.5” adapter bracket to be able to place the smaller SSD inside the large drive bay in the MacPro.

After attaching your SSD to the adapter bracket all you have to do is basically flip the rear latch on your MacPro, pull out the side panel and drive bay, then replace your old HDD with your new solid state drive. That’s it. 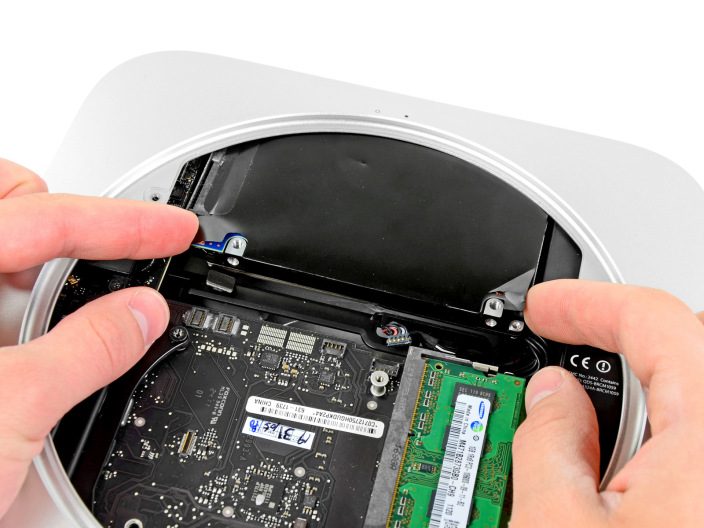 Because replacing the traditional drive with a SSD one on a unibody Mac mini requires more effort and skill than for Mac Pros and MacBooks we recommend you leave this on the hands of a professional. You would have to disassemble the chassis, fan and antenna before being able to disconnect the mother board and hard drive on a Mac mini so it’s best you don’t do this on your own.

However, if you do want a SSD drive on your Mac mini you can add one externally by using its Thunderbolt port, on the 2011 model or the USB 3.0 ports on the 2012 one. But if you have a model older than that, the USB 2.0 ports or Firewire 800 won’t handle the transfer speeds of an SSD.

The best way to keep your old software on the newly installed SSD is by using Time Machine.

You can make a backup of your old hard drive with the help of Time Machine on an external HDD. After you complete backing up everything, simply turn off your computer and replace your old drive with the SSD. When restarting your computer be sure to hold down Command and R. Use Disk Utility to format your newly installed SSD (make sure to select Mac Extended + Journal) and restore your software from the Time Machine backup. This process usually takes hours but it’s the best way to get a new installation of the OS X complete with everything else you had on it.

So there you have it. This was our short guide on how to update traditional hard drive to SSD on Mac.