5 Reasons to Update to OS X Mavericks on Your Mac 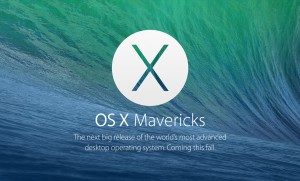 The OS X Mavericks for Apple devices has been around since October, yet, as always, updating a system is a moot point for many computer users. Some simply refuse to update as a matter of principle, while others fear the process is too complicated, time consuming, or risky. In fact, things couldn’t be further from the truth in the case of this OS upgrade. Of course, the developers and marketers at Apple have taken a few measures of precaution in order to avoid massive non-upgrade rates, the likes of which they’d seen before. In brief, they gave the world plenty of reasons to update to the OS X Mavericks – and here’s the five reasons we believe are the most important.

As one recent reviewer from the prestigious ZDNet online mag put it, Mavericks comes at “the unbeatable price of $0”. It doesn’t get more affordable than this, so cost should be no argument against a much-needed upgrade. Of course, those who operate off of OS X-powered machines at work will argue that Apple often challenges their logistics with upgrades. Why would this one be particularly worth it? Because…

It’s not that complicated to upgrade to Mavericks

It takes about 25 minutes for the OS X’s downloaded installer to roll out in its entirety. Aside from clicking ‘install’, the upgrade itself really doesn’t take any effort. In fact, all the user has to do is download the 5.27GB installer and then let it run its course. After a mandatory reboot, the update to OS X Mavericks will ask you to set up iCloud keychain, link the computer with its associated account – and that’s that. In fact, many of those who have taken the plunge describe the transition as one of the smoothest and simplest ones they’ve ever experienced. It is, in this sense, a genuinely modern, seamless upgrade, not a hassle in any sense.

As always, it’s a smart idea to back up all your information and data before you update to OS X Mavericks. It’s worth backing up said data in iCloud, but other non-cloud-based versions might also come in handy. Of the upgrade reviews we read online, some had only used iCloud – and found that it worked so well it even exceeded their expectations. One reviewer, for instance, said he was particularly pleased he didn’t have to waste any time relearning the basics of the operating system. After booting up his computer, he found that only two new icons had changed their design, but otherwise the interface of the OS X had stayed exactly the same. What’s more, his personal files hadn’t been moved at all, all the drivers were up and running properly and no settings had been modified or deactivated.

An update to OS X Mavericks is a genuine improvement

Many have also noted that the upgrade feels like a significant improvement over OS X Mountain Lion, in terms of fluidity and speed of movement. It can handle a larger number of applications seamlessly and even the heavier apps such as Adobe Photoshop run smoother. Not only that, but hardware such as complex video displays improve their performance with Mavericks.

Mavericks can speed up your Mac

There are several ways to speed up a Mac that feels clogged, cluttered, and bogged down by an excess of processes, apps, and data. One involves Clean My Mac 2 cleanup software. Another, though, is an update to OS X Mavericks, which has been known to free up disk space, RAM memory, and even battery life. Of course, as it often happens with OS X upgrades, this one is also only available for some model Macs – but if yours is eligible there is no reason for you not to update.