7 Ways to Remove Pointless Junk off Your Mac Computer 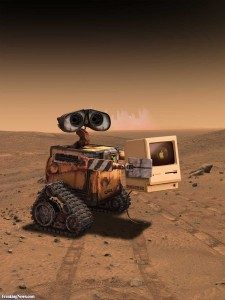 You may think your Mac machine is a lean data-processing mechanism – and, in part, you’re right. The other part of this truth is that there’s also quite a lot of data you may want to remove. It doesn’t have to be complicated to speed up your machine, if you know where the problem lies and how to get rid of junk off your Mac computer. Here are 7 common starting points you may want to check out.

Lots of apps make use of the cache on your machine, in order to run faster. This system has proven somewhat efficient, in that it does make the software speedier; however, after a while the cache becomes outdated. So clear it all out to effectively refresh it and allow the app to generate new cache files.

When an app crashes, it logs the information into a file, which can then be sent to the producer of the app, as per your express approval. User log files also record a lot of other information on your activity. However, most users are unaware of this fact, until they actually encounter a crash. If you want to speed up your machine, what you’ll need to do is remove the information by deleting the logs in question.

In order to speed up the syncing process between your mobile devices and your desktop computer, your Mac will create a photo cache, which stores a local copy of the images synced. For the purpose of the sync, these copies are highly useful – however, there’s no point in piling on the needless data after the sync is over. Simply remove junk off your Mac computer by deleting these files – Clean My Mac 2 will do this for you automatically, as well as remove any other unnecessary copies of photos on your Mac. Next time you perform a sync, new copies will be created.

Unless you’re pluri-lingual or share your Mac device with speakers of other languages, chances are you’re only using a single language to run apps or the iOS. As such, what’s the point in keeping language files in more than a dozen different languages you can’t even tell apart – much less use? Do away with pointless language files and watch your Mac computer become effectively speedier, with that much more space available.

An outdated update is something of a paradox, isn’t it? However, every time you update the software on any mobile Apple device, you also download the software update, which gets stored indefinitely on your machine. Sure, you could argue you might use them some other time, to roll back to a previous software version. But since these files are largely available online nowadays, why not save some space and remove this junk off your Mac computer?

Another paradox: how can a cache file, whose sole purpose for existing is to speed up your computer, actually come to slow down your system? Easy. Mac systems, for all their flexibility, tend to store far too many of these files. Eventually, they come to bog down the performance of your machine and actually prolong startup times. The best way to make use of the functionality of cache files is by periodically removing outdated ones and allowing for new ones to be generated.

A lot of apps for Mac computers store preference files. Yet, when stored for the long term, these are exposed to the risk of corruption, mostly because of unexpected app crashes. The best way to fix this issue and remove junk off your Mac is by deleting broken preference files and creating new ones, if need be.