How SMC and PRAM Resets Can Help Speed up Your Mac 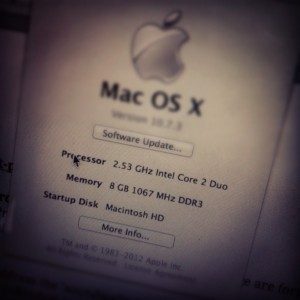 Everybody would like to think that their Mac computer is fool-proof in terms of speed and efficiency; and while their performance in unparalleled in many respects, they, too, sometimes  slow down. That’s about the time when their owners start desperately Google about for solutions to speed them back up again – which, we presume, is what brought you here in the first place. We’ve previously written at length about clean up software that can take care of the whole process for you with no more than a single click. Yet there are also manual ways to speed up a Mac computer, such as SMC and PRAM resets. If you don’t know what these acronyms even stand for, time to find out more about them below.

All right, first things first: what is an SMC? It’s the system management controller of your machine. SMC are particularly important for portable Apple computers, such as MacBooks, MacBook Pros and MacBook Airs. Bear in mind that you shouldn’t reset your SMC every time you turn on your computer – in fact, it’s not recommended to do it more often than once or twice per year. Apple doesn’t have specific recommendations in this respect, but by taking a look at what the process entails, you’ll understand how using it too often might yield negative results.

On a portable device whose batteries can be removed, you need to shut down the computer first, then disconnect the MagSafe connector and remove the batteries. Hold down the power button for at least 10 seconds, then reattach the batteries, reconnect the MagSafe and turn the MacBook back on. For portable devices whose batteries cannot be removed, such as a MacBook Air, start by shutting it down, then connect the MagSafe adapter to a power outlet. Hold down the Left Shift + Ctrl + Option + Power buttons all at the same time, for at least 5 seconds. Release the buttons and turn the machine back on. This key combo only works off the machine’s inbuilt keyboard – alternative external keyboards cannot be used. Older Macs, such as Mac Pros, Mac Minis and iMacs need to be powered off and unplugged before their SMCs are reset. Wait for about 15 seconds, then press and hold down the power button for another 15 seconds. Release it, plug the device back on, give it another 5 seconds or so and start using the machine again.

SMCs and PRAM resets are important, as explained above, but neither function should be abused. If you find that your Mac has been particularly sluggish of late and an SMC reset hasn’t taken care of everything, then do a PRAM reset, too. This second type of reset involves shutting down the machine and powering it off – note that it’s important not to let the computer ‘doze off’ in sleep mode, or in hibernate. Press the Power button. As the machine boots up, before you see the usual grey screen, press Command + P + R, hold the keys and wait for a second reboot. Release the keys when you hear the start-up sound of your Mac. A PRAM reset will usually involve resetting your time, date, location, and other such settings. This, however, doesn’t mean that the reset has deleted any important files off your computer, but simply that it has reset itself, as the name of the operation suggests. The SMC and PRAM resets are safe, by and large, and both you and your computer stand to benefit from them.