On January, 24, 2014, the Apple Macintosh celebrated its 30 years of existence. It’s been a long run from the very first computer, to the incredible range of products (including smart-phones, quad-core desktops and tablets) that we know today. Over the years, Macintosh has managed to gather quite a few bits of interesting trivia. We assure you that most of them are unknown to you. To celebrate this incredible mile-stone for Macintosh we decided to pull together an article with 7 golden-nuggets of trivia that you have probably not heard of:

Recommended Read: 30 Must See Apple Television Ads That Changed The History of the Macintos 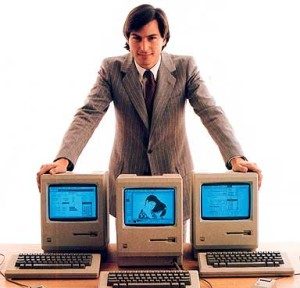 In 1984, Steve Jobs proudly presents his first Apple Mac. Back then he wasn’t wearing his trademark beard. The first Apple Macintosh was named after a variety of rosy apples which grow in Canada – the McIntosh. 1994 was also the year then the first Macintosh TV ad aired during the Super Bowl half-time slot. This commercial was directed by Ridley Scott (the man behind Blade Runner, Gladiator and Alien). Another thing you should know about Apple’s first computer is the fact that it was satanically priced (not much has changed to this day). However, back in the day, 666.6$ dollars was truly  a bizarre sum. According to manufacturers, it was easier to type 666.6 than 667.

Apple’s Lisa was the first commercial computer to be equipped with graphical user interface (GUI) and a mouse. According to manufacturers, the acronym did not only stand for Local Integrated System Architecture, but also for something more meaningful. It was the name of Steve Jobs’s daughter Lisa. This 10.000$ computer also featured preemptive multi-tasking (only seen on the Mac OS X in 2000), dual inbuilt floppy disk drives and other features. While it may not have been directly linked to the Macintosh project, Lisa was one of the first advanced systems related to the Macintosh.

Steve Jobs has always been an overly ambitious man. Although most home computers from Radio Shack, Commodore, or Atari featured 48-64KB RAM components, he wanted to go for a 128KB RAM, 16-bit, 68000 based Mac. It managed to keep the lines of the enclosure smaller, but in the end it became more of a limitation. The next “Fat Mac” was equipped with 512KB Ram.

The Apple logo seems very simple now, doesn’t it? It was not always like this. The first logo of the company was designed by Ronald Wayne, one of the original company founders. It featured an elaborate drawing of Sir Isaac Newton, leaning against an apple tree with a portion of a William Wordsworth Poem. The poem said “Newton… A mind forever voyaging through seas of thought… alone”. This drawing was too elaborate for Steve Jobs’s taste, who said that the logo was too cerebral. In the end, it was changed into the logo that we know today. The bite is partly to prevent it from being confused with a cherry tomato.

5. The Company’s Many Court Issues

Apple has a history of going to court. Apple Corp., the Beatles’ record company repeatedly took Apple Computer to court due to trademark infringement. It first happened in 1978, only two years after the company was founded. In 1981 it was settled that Apple Computer would never enter the music industry. Not long after this matter was settled, Apple Corp. took the company to court again (in 1989, when Apple Computers introduced music playback). The stunt happened again in 2003 (when the iPod and iTunes hit the market). It was only in 2007 that an agreement over the use of the world “Apple” was decided upon.

6. The NeXT Best Thing 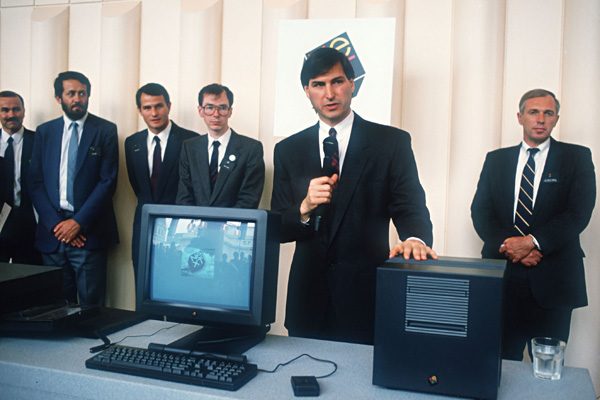 Steve Jobs was kicked out of Apple in 1985. He quickly formed NeXT (a company that manufactured and sold extremely advanced and expensive computers). The newly-formed company was soon bought-out by Apple. One year later, Steve Jobs was put in charge of the operation. NextSTEP OS, which included the Mach kernel and BSD Unix code, quickly became Mac OS X.

The first portable Mac was introduced in 1989. Although it boasted a sharp active-matrix LCD display, a 16 MHz 68000 processor and decent features, it weighed over 16 pounds and costed 6500$. As you can imagine, it wasn’t the most successful lance. Two years later, Apple came up with a much slimmer, lighter form for the PowerBook. This device was an incredible success (it came in 3 versions: The PowerBook 100, 140 and 170).